The story of JadeYoga really starts over 100 years ago when my grandfather emigrated to the United States in 1904 and began an oriental rug business, Jerrehian Brothers, at the age of 16. He quickly turned this business into one of the most well known and well respected rug dealers in the country by focusing on quality and service. JadeYoga began in earnest in 2000 after we learned of the fundamental problem with most yoga mats on the market at that time - they were slippery. As we were already making natural rubber rug pads, we approached the problem from that angle and developed Harmony, the first natural rubber yoga mat. We sent out something like 500 samples and got nearly 300 phone calls - an incredible response. People had never seen anything like it and were thrilled to be able to get a yoga mat that actually gripped. In addition, natural rubber has better cushion and resilience, making it more comfortable. Finally, tapped from rubber trees, natural rubber is a renewable resource and our mats are made in the United States in compliance with U.S. environmental laws and contain no PVCs - making our mats the first "green" and non-toxic yoga mats.

My father followed my grandfather into the business in the 1960s and founded Jade Industries in 1974 to solve a problem for oriental rug buyers around the world - there were no high quality rug pads to go under fine oriental rugs to provide cushion and prevent them from slipping. The solution to this problem was natural rubber and Jade began making natural rubber rug pads to go under area rugs.

In fact, the birth of JadeYoga really brought yoga mats full circle as one of the first known yoga mats was a rug pad. As the story goes, B.K.S. Iyengar was in the United States doing a demonstration on an oriental rug, but he was slipping - a student took away the rug - leaving the pad and the first yoga mat. Strangely, the yoga mat that became the norm from here was made with cheap, imitation plastic - or PVC. It was also annoyingly slippery - almost useless for most practices and likely toxic. 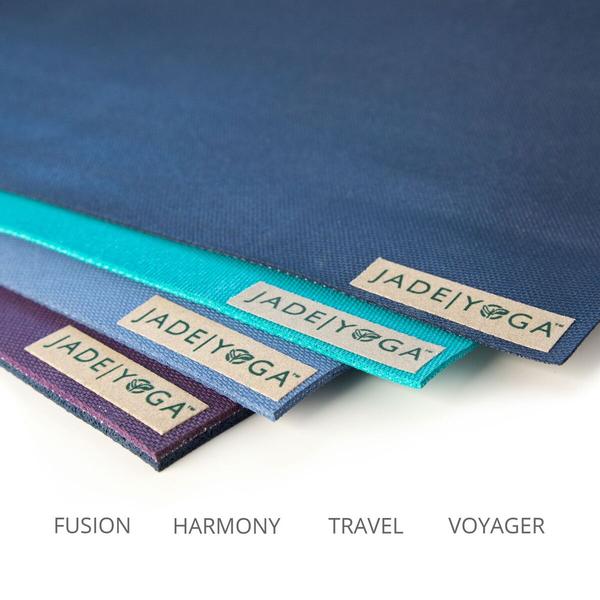